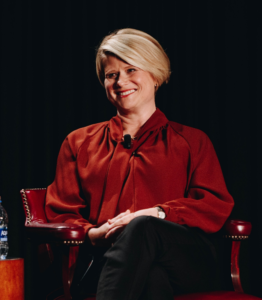 Since her first days as a classroom teacher, Catherine Truitt’s priority has been students. Ensuring that students have an opportunity to receive the best education possible is the driving force in her day-to-day work. She recognizes that today’s students are tomorrow’s workforce and remains committed to readying graduates for college or career. As North Carolina state superintendent, Truitt’s work is focused on improving the state’s public schools, expanding innovation, and creating new opportunities for students to learn, grow, and successfully transition into the post-secondary plans of their choice.

Truitt’s service in education began as a high school English teacher, where she spent 10 years in the classroom at both the high school and middle school levels. Her last three years in the classroom were spent at West Johnston High School, where she taught English to 11th and 12th grade students. It’s this classroom experience that Truitt draws from when considering how to best equip students, engage parents and invest in teachers. 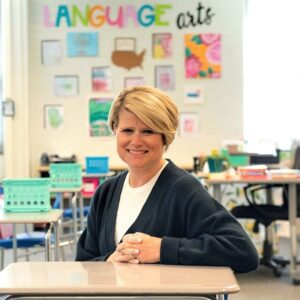 In 2012, Truitt joined the International Center for Leadership in Education, where she worked as a school turnaround coach with underperforming school districts. She collaborated with principals and superintendents to craft plans to close achievement gaps while developing whole-district transformation initiatives. Truitt also served as a coach for teachers in kindergarten through 12th grade, helping them develop strategies to foster student engagement and cultivate learning.

In 2015, Truitt was given the opportunity to apply her experience as a teacher and coach to help shape education policy in North Carolina when Gov. Pat McCrory appointed her as his senior education advisor. In the Governor’s Office, she coordinated policy for all dimensions of public education and helped lead the development of strategic state education policy goals for ages 0-20. 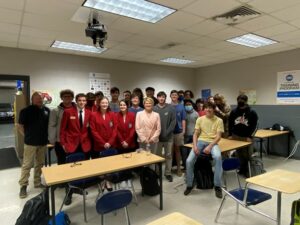 Most recently, Truitt served as chancellor of non-profit Western Governors University North Carolina (WGU NC). As chancellor, she focused on increasing access to higher education for the 1.5 million North Carolinians with some college but no degree. Truitt collaborated with community colleges, hospitals, school districts and economic development groups to ensure that state workforce demands were being met. Prior to joining WGU NC, Truitt served as Associate Vice President of University and P-12 Partnerships at UNC General Administration, helping strengthen the educator pipeline and supporting public colleges of education.

Truitt is a 1994 graduate of the University of Maryland with a Bachelor of Arts in English. She received her master’s in education from the University of Washington in 1997. She and her husband, Jeff, an attorney and captain in the U.S. Navy Reserves, live in Cary. They have one daughter in college and a son and daughter enrolled in Wake County public schools.